The Sentinelese are by far the most secluded and genuinely isolated tribe from the face of the Earth. Situated in the most private areas of the Andamans, the community does not enjoy any form of external communication with the world. Many attempts to establish the same have either been rebuked or aggressively encountered. Believed to be of Paleolithic origins, they are some of the last sources of the early human and living.

The subject of Sentinelese brings into mind their latest display of anger and displeasure on being disturbed off their peace. American tourist John Allen Cheu is believed to have been shot with an arrow following his illegal entry into the tribe regions with the intention of the preaching of Christianity. However, Madhumala Chattophadyay, the first ever man (woman) to have established the closest contact with the Sentinelese in 1991 has a very warm opinion of the people she spent time with during her years of research.

Madhumala’s interest with Andaman and Nicobar Islands started out at a very young age.  This later moulded her career as a member and researcher at the Anthropological survey of India. On 4th January 1991, she made history by wading deep into the waters and walking towards the tribal people with strong determination to establish warm contact. The presence of a woman in the crew that went for the expedition brought down the guard of the Sentinelese. They walked forward to accept the “nariyalis” showered from the boat at the command of the team leader, and later after spending time with Madhumala, grew to like her enough to give her gifts and even titled her as “debotobeti” meaning ‘doctor’ as she took care of the community, healing hunting injuries.

This ice-breaking between the space-age man and the ancient man was on the verge of being broken when the Indian government prohibited any form of contact with the tribe for the fear of catching epidemics and diseases. Despite her repeated requests to allow her to stay with the tribe and learn their ways of living, she wasn’t given the permission. This was because of the fact that while she learnt the ways of the ancient man, they too were leaning of the new man. The last time she went was in 1999 at the urging of the then union minister, Maneka Gandhi.

In response to the recent attack on the tourist, she questions that,

“What is Christianity for those who worship the sun and land?”.

She elaborates, saying that while she stayed with them, she’d see few who had been forcibly converted to Christianity and yet sit in protest during prayer time. Their sole gods were the land they lived in, the water and the sun that helped them live. To them, religion is non-existent and unfathomable.

Madhumala’s achievements today remain un-remembered. She now works in the mid-level bureaucracy of a central government in Delhi, handling files. Her book and research papers remain to be valuable in for anthropologists worldwide. 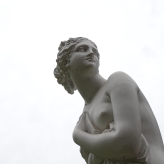 25 Quotes You Must Read On Self Love