Quotes by Harvey Specter that are as badass as himself.

Home » Quotes by Harvey Specter that are as badass as himself.

Harvey Specter, top notch attorney from the successful legal drama American TV series gave some of the best and badass quotes that everyone can follow. This guy redefined the term badassery with his savage looks, one liners and out of the box thinking. Harvey Specter life & career revolves around one thing and that is ” WINNING “. He is incredibly best in his work. His purpose, dedication and work style is a big learning lesson for us, specially for Youngster, Startups and Entrepreneurs. He reminds us that with undeniable belief, ambition and work ethic we can truly achieve anything.

He is known as the best lawyer in city, best closer, just best in his work & profession. He is truly capable of making things in his favour, can bend anything according to his will, and more over that he maintains strong moral code.

Not just this, there are more quotes from Harvey Spectre. But we just try to bring some of the best for you. Also, We can definitely say, there’s lot to learn, get inspired and motivated from all the above Harvey Spectre quotes. Now tell us, what’s your favourite quotes. Let us know below in comments. 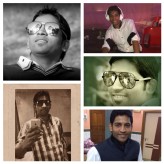 10 Dressing Styles For Men To Make Your Diwali Lit

How Artificial Intelligence will evolve in 2019?