Byjus – A Tutor’s Passion Turned Into A Million Dollar Company

Do you remember the famous line told by Sharukkhan in advertisements – “Fall in love with learning”? It is the tagline or kind of mission to this edtech giant in India, Byjus. This company made learning as part of the enjoyment.  Who thought that teaching CAT classes to a few friends would turn into this giant company. Let’s meet Raveendran Byju who says that he learned many things from math and sport. 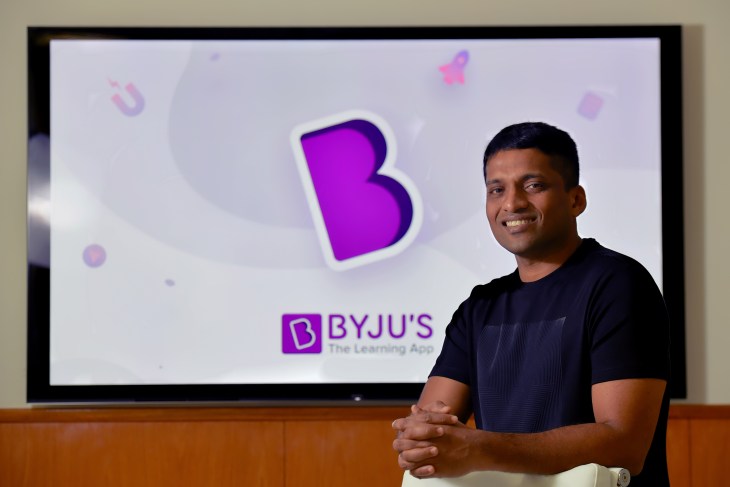 It was 2007 when few friends of Raveendran asked him help in their CAT preparations. He was then working as an engineer for a UK-based shipping firm Pan Ocean Shipping Ltd. Raveendran helped them in their preparation and gave CAT exam with them just to experience it. Thought CAT, an IIM entrance exam, decides the fate of many students for their IIM journey, it was another Sunday afternoon for him.

He scored 100% percentile though. He says that this cool mindset helped him to crack many exams. Raveendran got interview calls from IIMs though he rejected them and continued his job but did not leave his passion. He took classes on Sunday and Saturday. Sometimes he needs to book an auditorium to allow space for the students who come for his classes. Slowly this became his full-time passion. He took classes in IIMs and various schools. Many of his students joined his journey to build an eco-system.

His journey continued with a group of students. In 2011, this company was established. Most of the management was his students who helped him to organize, market his classes while he was taking classes at colleges. Some joined him after completing studies at IIMs and some left IIMs because of the inspiration from Byjus. Soon they worked on video tutorials and innovative approaches in delivering content to students.

Economic times covered about the team in this article. Hopping between 9 cities, Byju soon started using video format for CAT and similar entrance exams. It was in 2011 that they started creating core learning products, which are today a part of the app-based format. Byju tells us that it took 4 years to create these products. In fact, while creating products for students from standard 4 to standard 12, he tried to make it effective as well as interesting. The aim was to help school students learn better. It was more about hows and whys, rather than whats, Byju tells.

The biggest challenge for the company is to make parents believe about online education. Their biggest competitor was the perception of parents of having a particular learning-exam model and thinking about spoon-feeding their children. This slowly vanished after parents saw the improvement in their children. After they experience the trail mode, then they like the explanation of concepts with interactive videos and reports, and then they soon become continuous learners and opt for an annual subscription.

Byjus raised a  $50 million co-funded by Mark Zuckerberg and Priscilla Chan’s investment arm The Chan Zuckerberg Initiative (CZI), Sequoia Capital, Sofina, Lightspeed Ventures and Times Internet Ltd. When asked, Byju tells us that CZI liked how they are making an impact across India, in metros and just small towns, and how technology is being used for personalised learning.

With a recent fundraise – reported to be to the tune of $150 million – BYJU’S current valuation stands at $5.7 billion with CEO and Co-founder Byju Raveendran holding a 21 per cent stake in the company. Needless to say that the edtech unicorn has been on a funding spree – having raised $969.8 million from various venture investors so far – as it expands its presence across international territories.

In the month, the company and Disney India together launched an app for 6-8 years old children to teach them along with Disney characters from Toy Story, Frozen entertaining them from the side.

7 Most Luxurious And Appealing Watch Brands

Indian Traditional Cuisine Of The Northern And Southern Regions