Indian Traditional Cuisine Of The Eastern and Western Regions

Home » Indian Traditional Cuisine Of The Eastern and Western Regions

Here are some dishes are mentioned which have traditional value with Eastern and Western regions:

People of eastern India have both vegetarian and non-vegetarian food. They have cultural diversity as well as geographic heterogeneity of the encompassing states. So the cuisines of the eastern zone of India have a unique taste.

Obsession for fish with rice of the best Bengal people contributes a major part of their popular cuisines. Orissa also loves fish dishes with the state of Bengal. Plenty of plates of seafood along with fish dishes are unique for this reason. In Jharkhand and Bihar, people share their love for seasonal vegetables. They grow varieties of vegetables on the farm. Buddhism populations are vegetarian so they are apparent here.

‘Panch Phoran’ is a mixture of some seeds which is the main part of the dishes of Bihar, Jharkhand, West Bengal, and Orissa. These seeds are aniseed, mustard, fenugreek seed, cumin seed, and black cumin seed. These seeds get used in tempering dishes of these states.

State Sikkim of the eastern zone of India has different cuisine as compared to other states (Bihar, Orissa, etc.) of this zone. People of this state shows influenced the food culture of neighbor countries, especially Tibet (like Momo).

In the west zone of India, every state has its special cuisine. Platter of this zone contains a variety of vegetarian and non-vegetarian food. Some famous street foods of state come under the western zone; Rajasthani bati choorma, Maharashtra’s bhelpuri, Gujarat’s dhokla, etc.

Rice is the basic part of the staple diet of this zone’s population. Bajra and jowar mostly get used over the wheat for bread (roti). Sabji, roti, dal, and rice with salad is a common food of daily platter. Seafood mainly gets cooked in the kitchens of Goa and Maharashtra to serve in the non-vegetarian platter.

Cuisines of Gujarat get prepared by the subtle use of spices and rich texture. They are vegetarian so are their dishes. They have so many recipes for snacks (farsan, fafda, etc.) which are famous all over India. Goa is famous for seafood like prawns, fish, and pork. In this place recipes of these foods are delicious.

Rajasthan is a desert place so the population of this state faces the scarcity of water and there is no agriculture. It is very respectful and heart-warming that people of this place still surviving. The cuisine of this state shows the struggle of the inhabitants who have to face the problem of the harsh climate. Besides this, their cuisines are rich in high energy and delicious with its uniqueness. 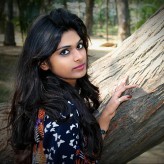 Incredible Places In India To Visit By Foot