The hot topic in the world of the entrepreneur is Wework. Founded by Adam Neumann, Miguel McKelvey and Rebekah Neumann in 2010, Wework is a co-working space where start-up guys, freelancers and small companies rent some space in a large building to do their work. In a short span, this company has grown beyond which we can think. Currently, WeWork has 580,000 members in 600 locations across 122 cities in 32 countries. In the month of Jan 2019, it rebranded itself as The We company. At that time, it was valued about $47 billion dollars. For a start-up to be with that much valuation, it is really a great thing (and also a weird thing). The major investor of Wework is SoftBank. It invested around $7.5 billion dollars in that company. Adam Neumann was owning a special flight and he was living a luxurious life. Liftoff of the cover –

Soon the truth about the company came out. In the month of Aug, WeWork (called “The We”) filed for an IPO. During that time, it had to show all its revenue and the business model to the public. Even though Wework valued around billions, there was no revenue from it. That’s when the company lost its value. The whole world was seeing the truth. People found that Neumann was misusing the funds raised by living a very lavish life. With that much money invested in the company, Softbank is the largest shareholder in it. It fired Adams Neumann from his own company and brought two men to act as new CEOs of the company. Above all, the company was still losing its value. 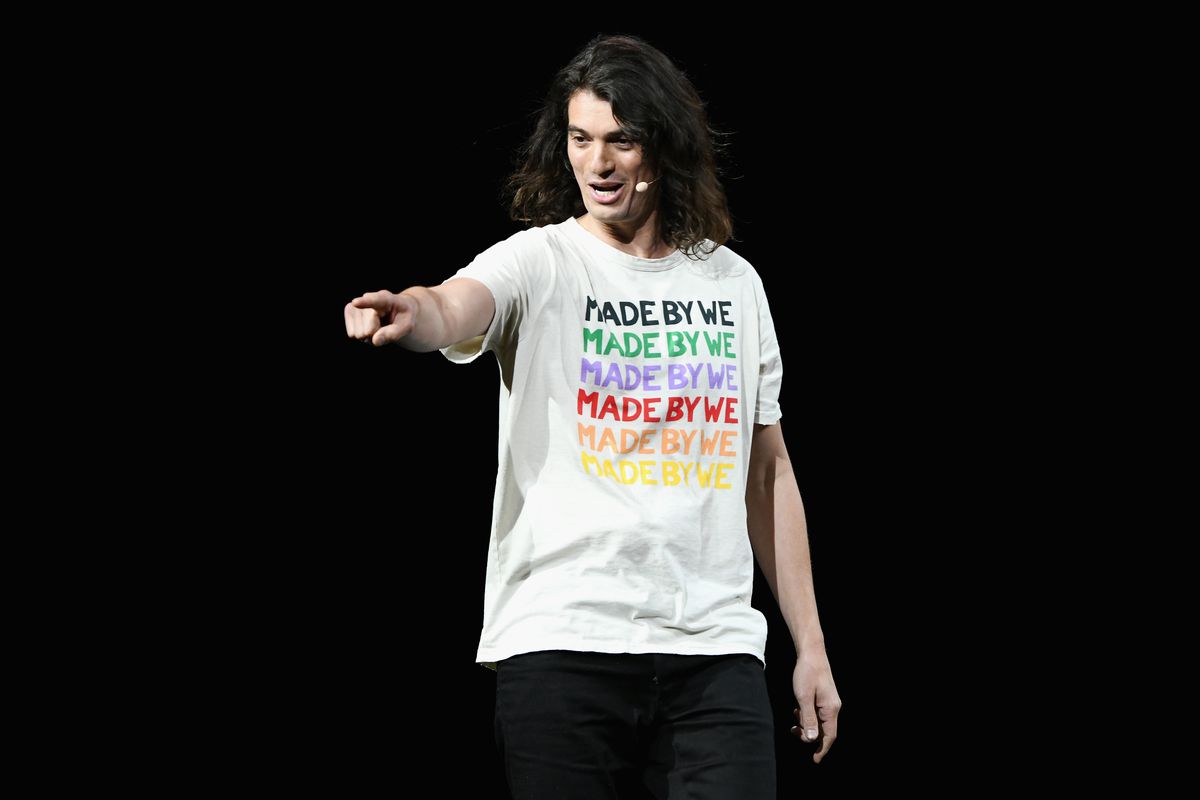 With new CEOs and Softbank entering into the picture, the company started taking steps towards losing all the non-core business. Wework has released 4 non-core business including meet-up, online event management. It launched a 90-day plan under which losing jobs and layoffs are expected. In the third quarter of 2019, WeWork added a record 108,000 desks at newly built shared offices, leaving it now with substantially more space to fill even as it pursues a painful restructuring. Though the incident in September left the company under the thoughts of bankruptcy, it says that the company is still profitable and is going well. Meanwhile, reports say that Adam with his shares turned into money is going to invest in different companies.

What the world is saying?

Apart from the news, many people say that we should learn lessons from Wework. Airbnb CEO Brian Chesky said that we can learn two lessons from the company.

Not all tech companies are equal – Brian told that one should not see all companies as a tech company. Tech companies like Microsoft, Facebook have high gross margins. But in the case of Wework, the scenario is different. They are actually a real-estate company which take lands for lease and construct buildings to distribute the space among various customers. They actually don’t get much as the construction cost and the income are very close for the company. (Surprisingly, Wework actually named itself as a tech company during the IPO).

Founders need to be thoughtful about their actions early on. Neumann used to own a private jet with all the maintenances and buying cost handled by the company money. He installed an infrared sauna and a cold plunge pool in his Manhattan office using company funds. This young CEO also personally trademarked the term “We” and sold it back to the company. He leased his owned buildings to Wework making millions of dollars. Neumann was also reported as a “party boy”, for smoking weed etc. After his resignation, The New York Times ran a cover story entitled “Adams Neumann and the art of failing up”. Brian remembers that many people advised him that everything you do will be on the cover page of The New York Times.

Cheksy shared an important note at the DealBook conference – I have learned that people will say all these “incredible things about you,” both good and bad when your company starts to take off. But I always try to remember something from early on: “You’re never as good as they say you are, and you’re not as bad as they say you are. So, kind of find the average of those two things.”

The two important lessons we can learn from Wework are –

The latest news is that WeWork is looking for a new CEO and reports say that talks are going on to hire T-Mobile CEO, John Legere. Softbank has provided $1.5 billion dollars for rescue by owning 80% of the company. Temporarily, Softbank COO and CEO, Softbank International  – Marcelo Claure has taken charge as the new chairman for the company. He recently laid 2400 workers.

Indian Traditional Cuisine Of The Eastern and Western Regions

Love Delhi Food? Here Are 5 Food Bloggers You Must Know